Abstract. The article analyzes the problems of Uzbekistan’s image in the global media space. It is the mass media outlets through which the interests of state and political position on some international and regional issue are expressed, the mentality of the people is shaped, the state’s external image is nurtured, the international relations are bolstered, various blocks are established, sometimes outstanding confrontations are prevented, and so on.

Thus, the international image of a country I am arguing about goes by the name of ‘a steady constanta’ (from Latin ‘constans’ – permanent, unchangeable, constant) and for over a span of years it gets stamped in the consciousness of the international community. Its characteristics are broadly utilized in the mass media and other news sources.

If a state doesn’t shape its own image, doesn’t disseminate the information about itself in the global level, then its natural, geopolitical and ideological opponents start to engage in shaping its negative image exploiting the “black” technologies. Thus, engaging the public in the global level obeys the rules considered to be the common for other directions of this tenure.

Yet another important aspect of an international image, above all, the way it is first shaped inside the country in a historical retrospective, and then it is reviewed in the measurements of society and state power. Since, given the mutual correspondence of international image nurtured by public opinion and state power, it can then be argued about capability to act in a severe foreign competition and readiness to effectively utilize the methods of further advancing image of a state and its communication.

In the international practice, the main goals and objectives haven’t been systematized as for the need to shape a positive image of a certain state. Such circumstance could be reasoned, possibly, by the fact that each and every state proceeds from its own national interests and needs in conducting its foreign policy and joins the international arena loaded with its own problems. It goes without saying – this process is never simple or easy. Such complexities of life bring into stage especially the problem of theoretical foundations of shaping the media image of newly independent states and disputable cases in practice.

Thus, it is hard to precisely enlist the objectives of an international image. It is defined in line with set of measures designed by a concrete state in a concrete circumstance in terms of addressing the precise tasks.

Having said that, I believe, by generalizing the goals and objectives in this direction, they can be divided into several categories:

One of the most important components of the rising significance of image for over the past years is the openness of a country to investments (in the corporate image theory it goes by the name of ‘business image’ – B.A.). Having political and economic indicators to fall into the focus of attention of investors requires availability of such components of business image in the international community as high cultured atmosphere, political transparency and social responsibility (financing the educational and scientific programs, providing for environmental and technological safety, social packages for staff members of companies and enterprises, etc).

Yet, it must be emphasized with regret that nowadays there is relatively low amount of information in the world media market concerning Uzbekistan’s investment potential. I believe that in this regard a special media plan must be drafted along with accomplishment of systemic work in this direction.

In this context, if to speak from a theoretical point of view, then some outstanding problems available in practice begin to crawl onto surface. For example, for over the past years (particularly 1998-2019) the scope of roundtables and large conferences on Uzbekistan’s economic partnership opportunities held abroad saw gradual decrease. Their coverage in foreign and domestic mass media was in fact sidelined.

The investors are interested in generated profits, outcomes of putting capital into company, potential dangers and risks, and the business community – in the company status, its impact on the market and development rates, innovative technologies, business strategy and social position. The high competitiveness, trustworthiness and stability are important for partners. Since, the hopes of modern clientele are laid on the company professionalism, its values and the market niche. Meanwhile, the investors lean on the stability and development prospects of companies, correlation of both domestic and foreign image, as well as correspondence of individual values with those of communal ones.

Only in the case of mutual trust in the relationships between the foreign and domestic mass media, the image can be turned in the future into a powerful force in shaping the stable status. Yet, the level of openness of sources (newsmakers, official circles) is mostly important for foreign journalists, especially, along the process of fast news gathering.

Thus, assessing the country’s existing international image, analyzing the process of shaping the certain news flow, addressing the reasons leading to negative, inadequate and fragmentary coverage, establishing the trustworthy stable relationships in line with the rules of media community and media market, as well as the principles of mutual trust and solid partnerships are deemed to be a main direction in reviewing the image of the entire system of the country.

The difficult side of interacting with mass media is that given today’s globalization period there is a monopoly of the group of certain (industrialized) states in the news market, non-competitiveness of information technologies available to smaller states and rising consequent dangers that the information about them face manipulation.

Speaking otherwise, today’s international news exchange is of a one-sided nature and direction. It should be regretfully noted that the difference between capabilities in this area available to developed and developing states expands from day to day. Especially it is vividly observed in the condition of ideological, political, military or information standoffs.

Thus, the fact of a special attention paid to the theory and practice of building a democracy in Uzbekistan and introduction of learning subjects related to this sphere is thought to be, first, as an outcome of Uzbekistan’s Independence, and second, thanks to sovereignty, it demonstrates that the priority of the chosen course of progress is about building a democratic state.

It is an open secret that science is an important branch which defines the present and the future of any state. At the moment, the Uzbek scientists are creating a solid foundation to ensure further development of the nation’s science. Uzbekistan’s Independence in 1991 stood as an enormous historical event for the whole people, and particularly, the scientific and scholarly community.

In this article as I have discussed the theoretical foundations and the problem of disputable cases in practice in terms of shaping the media image of newly independent states, the following conclusions are made: 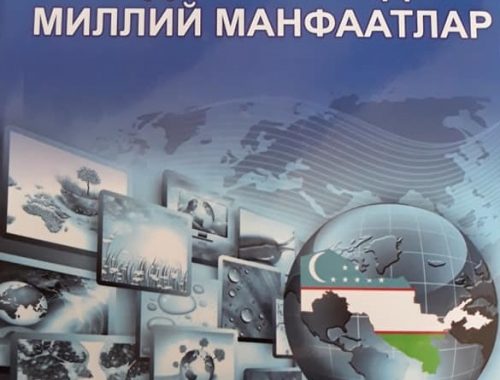 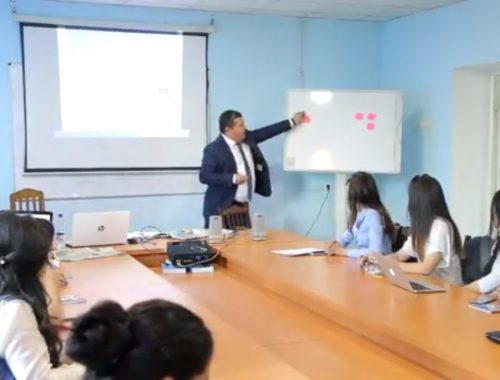