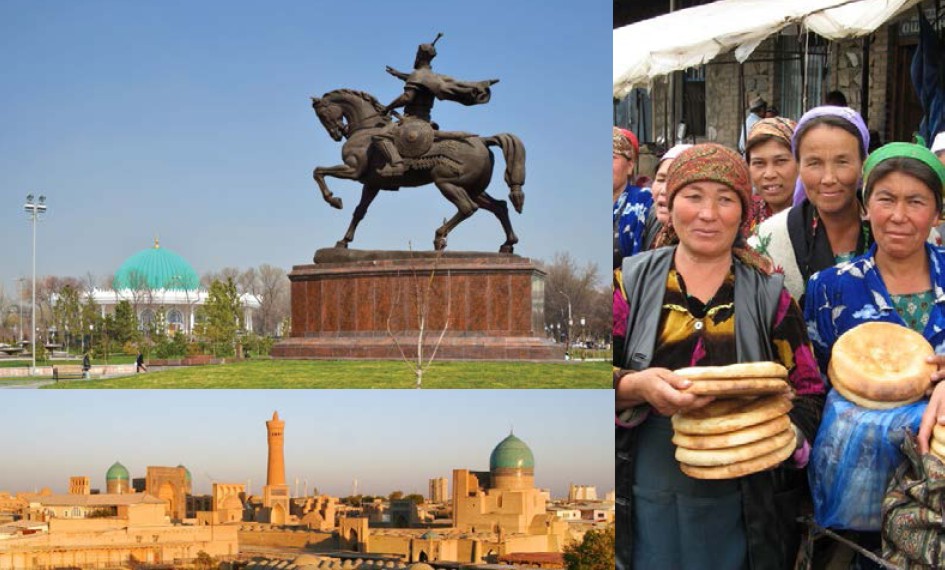 Achieving independence is always a historical process. By the 90s of the 20th century new states had emerged in both Eastern Europe and on the territory of the  Commonwealth of Independent States (CIS).

These young nations, as they developed their own regional relationships, embarked anew on a process of mutual integration. Such former socialist countries in Europe as the German Democratic Republic, Hungary and Romania, despite their territorial proximity, went through a unique stage of independent development. In this context, we can cite as examples Moldova and Georgia, the Ukraine and Russia, and Kazakhstan and Kyrgyzstan.

The Republic of Uzbekistan confidently traverses along its own path of development and vividly demonstrates to theworld the efficiency of domestic reforms being implemented for over a span of 22 years of its independence.

The President of the country, government, Uzbekistan’s diplomatic missions abroad, tourism companies and trade delegations, as well as the mass media, have done a number of important things along this way.

At first, the young state, which had just officially obtained the status of a sovereign nation, faced an important task as how to gain the status of politically and economically stable state. Such a state, which needed a solid recognition and

So, we are putting forward the following question: what measures have been taken by the mass media in this important historical process, which encompasses the years 1991-2013? What are the achievements and what are the problems, which haven’t been tackled, yet? What else could be done to raise the authority of a sovereign state and shape its positive image in the global media space?

Due to this very reason, it is critical to undertake a comprehensive scrutiny of the Uzbek newspapers and magazines, television and radio channels and news agencies.

Adding to this, we should pay special attention to the work of foreign mass media that contributes to propagating the state in the global media space.

However, it is also true that, thanks to a booming global internet network, the  traditional borders between the national and foreign mass media have become somewhat transparent.

As an outcome, not only Tashkent-based newspapers but also those published in the regions also serve the cause of shaping the external image of Uzbekistan.

The President of Uzbekistan, Islam Karimov, wrote in his book “The Invincible Power of Higher Spirituality” that, “all of us comprehend that when global events take place in a rapid manner, standing ready to actively use the vast opportunities of the latest information and communication technologies and the internet is a necessary criterion of the work of mass media people … who see their future in this area.”

The Russian scholar I. A. Vasilenko once said that under contemporary conditions the power and influence of any state depends on its niche in the information space. What does this mean? This stands for the fact that today information is able to fill in the vacuums of modern society.

It is the mass media outlets through which the interests of state and its political position on international and regional issues are expressed, that the mentality of the people is shaped, the state’s external image is nurtured and international relations are bolstered.

We should also underscore the role of foreign media in reporting more about the large-scale reforms in Uzbekistan in the global media space. The representatives of foreign media travel to Uzbekistan under the Mega-Infotour program which has already become tradition. Thus, they take an active part in reporting about the large events, industrial expos and cultural occasions held in Tashkent and nationwide.

Also, foreign correspondents accredited long-term with the Uzbekistan Foreign Ministry effectively work for the good of our nation.

Uzbekistan’s image in the global media space in its broader sense includes the idea related to the information disseminated by real and virtual media, general communications in terms of political status, economic and social capabilities, investment potential, culture, art, sports, history, and generally speaking, with the past and today’s life of a state.

According to experts, it is not only the state that tends to engage in external  propaganda of a certain country. The reason for this is the fact that each and every country has its own history, culture and art.

The notable destinations located along the Great Silk Road of Uzbekistan, rich cultural monuments and heritage of its ancestors who brought fame to the Uzbek nation and glorified the great military commanders, scholars, poets and artists around the world, continue to astonish the entire humankind. In this regard, sport also occupies a special place. During the years since independence, Uzbek sportsmen and women caused the state flag of this young sovereign nation to be hoisted high and have the national anthem performed at the world sports arenas. President Islam Karimov of Uzbekistan once said, “nothing can raise the image of a state to the same extent as sport.”

At the moment, the correspondents of the republic’s mass media and national loggers effectively utilise the vast opportunities of the internet and satellites. By doing so, they make a tangible contribution to raising the authority of Uzbekistan and solidifying it further. Leading newspapers, television and radio channels such as www.mtrk.uz, the National News Agency of Uzbekistan (www.uza.uz) and Information Agency “Jahon”, are now fully able to transmit news stories as they break to both national and foreign audiences.

However, here we should ask: to what extent the language and style of the globally-disseminated news, news stories and other materials correspond to international standards?

What do foreign readers and specialists think about it?

Unfortunately, to date, not a single piece of scholarly research has been carried out. Such studies only exist for former CIS countries in relation to the Russian Federation, Ukraine and Belarus.

This means that it is necessary to research and analyse the problems related to the component foundations of Uzbekistan’s image in the global media space and introduce the final outcomes of such research, firstly, into the media system. Apart from that, we need to elaborate, in a scientific and methodological way, the integral conceptual approach in terms of fuller exploitation of the available global media space and its capabilities, as well as bettering external media propaganda and raising the efficiency of cooperation with foreign media.

With a view to improving the principles of creating the image of a sovereign state in the global media space, given the

conditions of the so-called 21st ‘information century’, we need to analyse several factors. These include scientific research of a state’s image, its advertising and external media propaganda;

analysis of peculiarities of such a problem in terms of political and diplomatic relations; study of the coverage of Uzbekistan in the foreign media as an equal subject and sovereign state; study of the personality’s role (leader of the state) in creating the image of a state; analysis of the contemporary state, problems and shortcomings of the national news organisations; and scrutiny of broad introduction of cuttingedge information and communication technologies into the media in raising the country’s image.

Certainly, mass media is a powerful force. It can present any country to the entire world. Besides, openness and

transparency are ensured through the mass media. We need to question the components that form the foundation

shaping the image of Uzbekistan in the global media space?

What shortcomings have there been in this direction during 22 years of Independence and what else could be done in terms of a positive step ahead, including the use of new technologies. From the points of view of science and theory, the need to pay more attention to such problems is a must of modern time.

Head of Higher Journalism Courses at the National University of Uzbekistan

“Editorial Note: This article has been submitted to Open Central Asia by the National University of Uzbekistan, a governmental organisation. We have taken the decision to include this perspective in the interests of promoting the discussion on journalism and media in Uzbekistan. Open Central Asia reminds readers that it does not necessarily represent the views of this magazine.” 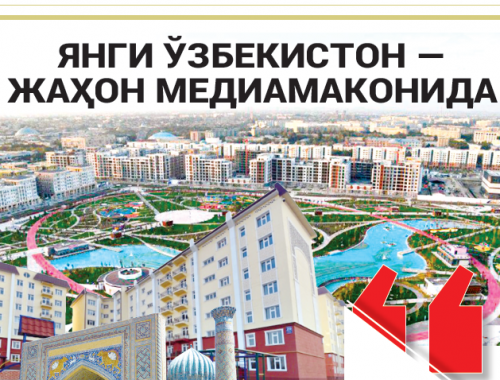 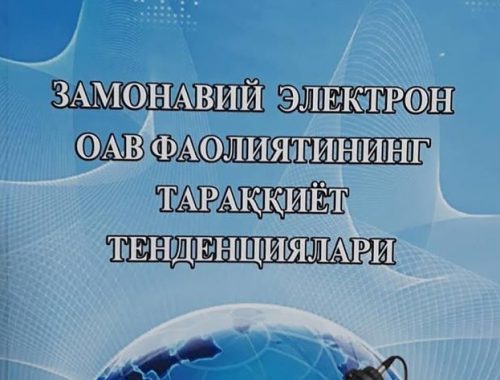