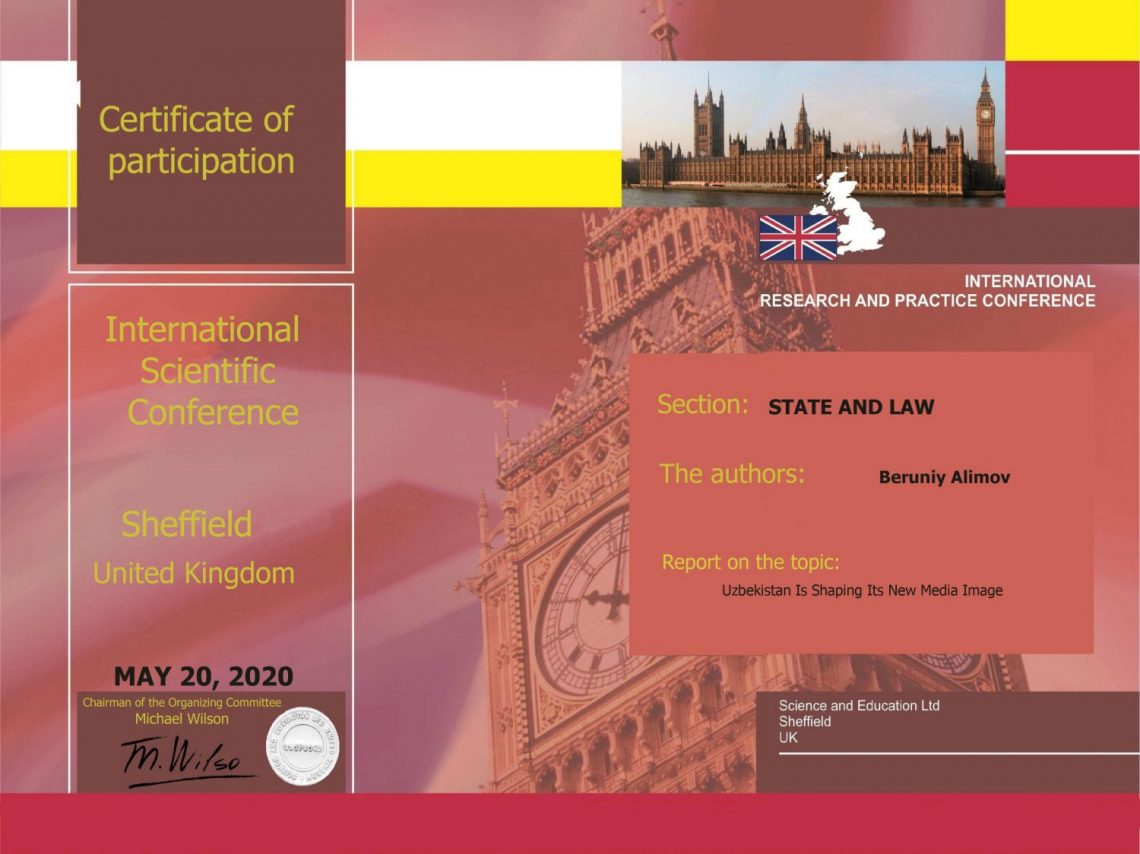 Abstract: This article discusses the new media image of Uzbekistan. The focus is on the influence of the media on the audience, in particular on public opinion, on the psychological processes that occur when the image of the region appears.

In his book titled “The New Image of Uzbekistan”, well known American political scientist Frederick Starr writes, that Uzbekistan, long considered the center of Central Asia, has the region’s largest population and borders every other regional state including Afghanistan. For the first 25 years of its independence, it adopted a cautious, defensive policy that emphasized sovereignty and treated regional efforts at cooperation with skepticism.

Professor Starr noted that many foreign experts are astonished with the country’s intensive development, progress in the social, economic, legal and international spheres, but not everyone truly understands their meaning.

In the book, the professor sought to present the events objectively and avoid assessments. He managed to study hundreds of normative documents, orders and presidential decrees, as well as to collect expert comments from all around the world (1).

In shaping the image of any chosen state it is necessary to pay a serious attention to shaping and bettering individual images of administrative units of this state, i.e. its domestic territories, regions, provinces and districts. In this context, I deem it necessary to note the opinion enunciated by the scholar based at the Stavropol State University I.V.Bukreyeva. Dwelling on the coverage of the image of Federal District of Northern Caucasus in the Russian state television channels, she wrote in particular as follows: “the First Channel airs very few information about domestic factors of the region, and particularly, the one related to richness and beauty of the nature of the Northern Caucasus. Meanwhile, one must usefully exploit such real features in shaping the positive image of this area. Otherwise, constant “blackening” of the media image pertaining to this district will bar the flow of potential investments and flow of tourists. Most importantly, creating the general positive image of a country in many terms is directly related to the image of its domestic territories .

It is an open secret that the Russian television channels are fond of focusing not in the beauty of the Caucasus’ nature, the cleanness of its air and diligent local population, but rather in disseminating only negative information about the area – the local turbulences, standoffs and terrorist activities. Given such scenario, the mistrust and alarm on the part of Russia will grow towards this district. As a result, the flow of foreign investments will decrease and the region will lag behind in its economic and social development. In its turn, it will bring about the problems related to security and serve for radicalization of moods of the local populations.

As it is argued about the regional image, it is also worth noting the views shed on the topic by the researcher at the Omsk State University I.A. Sushnenkova. The analysis of the stories about the Omsk region published in Russian federal and regional newspapers revealed that the domestic capabilities of the area weren’t used in full in terms of creating its foreign media image. For example, the stories told a little about that the region had been a peculiar industrial, sport and cultural hub for the locality. Vice versa, the central mass media mostly focused on disseminating the negative news items on the criminal situation in Omsk and various other troublesome events. I.A. Sushnenkova believes that in shaping the area’s image the journalists must fairly assess the reality and should use the correct words and phrases.

Well-known British scholar Shirin Akiner in her recent article “Branding Uzbekistan” wrote, that “Uzbeks themselves appear to be genuinely pleased by current developments: this is apparent in discussions in international conferences, but also in casual conversations with local people. It is particularly evident among the youth, who are proud of their country and its traditions, but who also feel confident enough to reach out to other cultures and to create a vibrant synthesis of different trends and styles in music, fashion and performance art. Common epithets to describe Uzbekistan refer to its hospitality, great history, magical scenery, superb handicrafts and other such delights.  Yet alongside these enduring characteristics there is another trend emerging ‒ buoyant optimism” (2).

The peculiar features of building a democratic society in Uzbekistan also remained in the focus of attention of the international community. Indeed, thanks to Independence, the Republic of Uzbekistan made its main objective to establish a law-governed democratic state and civil society. Uzbekistan chose a path of progress deemed to be a peculiar and fitting for itself based on its national and spiritual heritage, as well as the values of building a national statehood. Since, a society cannot be called a true democratic one if it doesn’t lean on its spiritual values and heritage, if it doesn’t manage to harmonize them with universal values and principles.

Uzbekistan has abolished child labor and is working to end any form of forced labor. The International Labor Organization (ILO) experts came to that conclusion (3). According to the ILO, there is a growing awareness in the society of non-acceptance of forced labor, especially when it comes to children. The ILO says that harvesting is carried out in the context of transparency and dialogue, including in civil society.

On September 20, the US Department of Labor released its 17th annual report on the worst forms of child labor. This report evaluates the efforts of governments to strengthen efforts to address the worst forms of child labor. It estimated that different countries around the world have achieved significant, moderate, minimal growth in this area or there has been no growth at all.

According to the report, Uzbekistan was among the first countries to achieve moderate growth as a result of a significant reduction in child labor during the cotton harvest.

The US Department of Labor has released one additional report at the same time – a list of goods produced using child labor or forced labor. The list includes 148 products from 76 countries. In the year of 2019, Uzbek cotton is removed from this list.

The United States commends Uzbekistan for this important achievement. The decision to abolish the colony No. 19 in the Jaslyk village of the Republic of Karakalpakstan is another example of strengthening democratic principles in Uzbekistan.

According to the Department of Public Relations and Media of the Ministry of Internal Affairs, large-scale institutional reforms have been implemented in the country in recent years, ensuring human rights, respecting the rights of detainees and prisoners, irrespective of their religious and political views, and respect for their dignity and worth. Comprehensive measures have been taken to implement international commitments to create a favorable environment.

At the same time, analysis of criminal-executive practice and direct communication with the public has shown the need to increase the guarantees of prisoners’ rights and ensure their social adaptation by making the conditions of detention in the penal system more humane.

Uzbekistan University of Journalism and 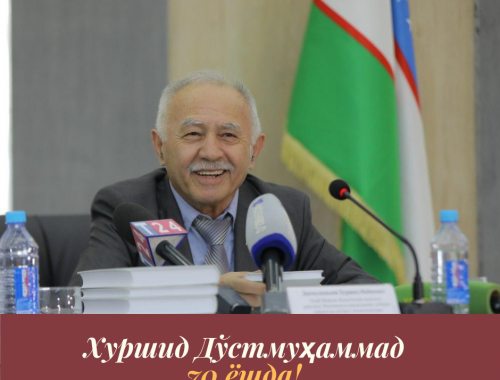 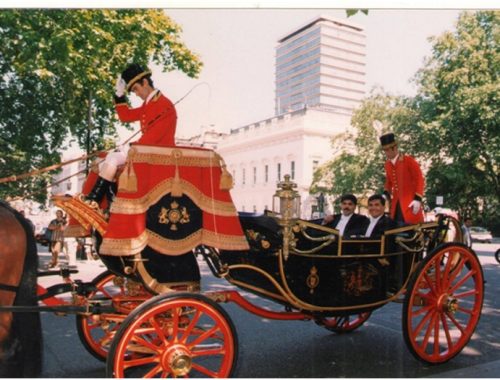 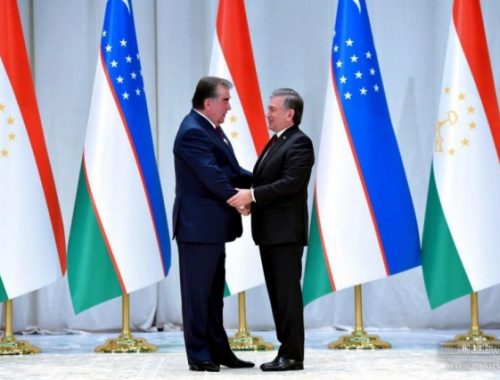